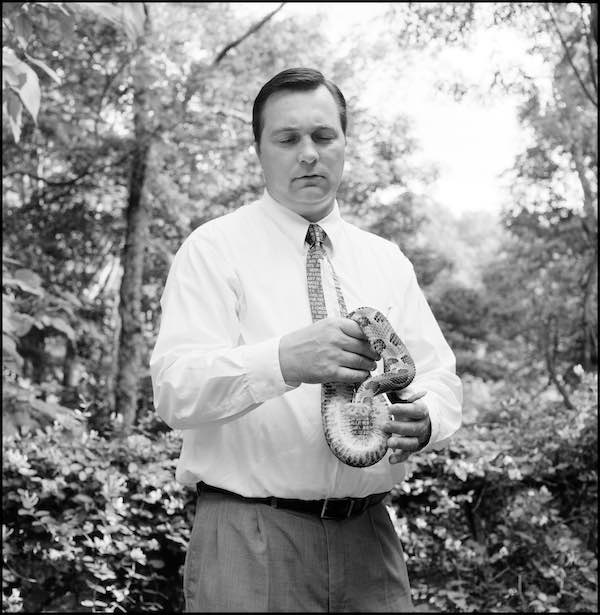 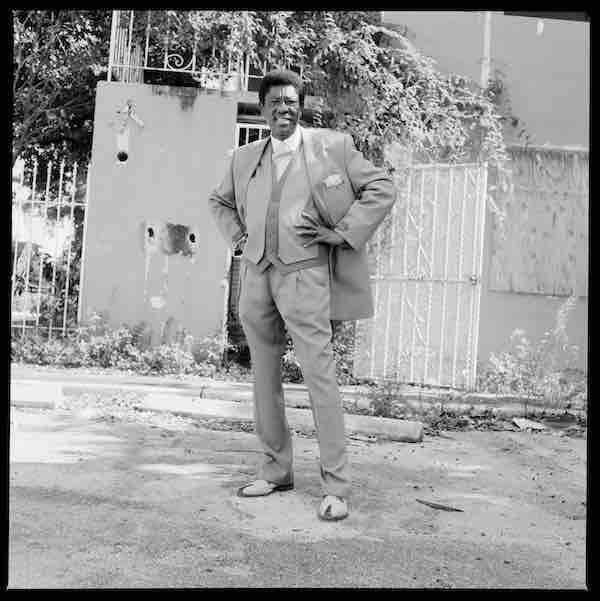 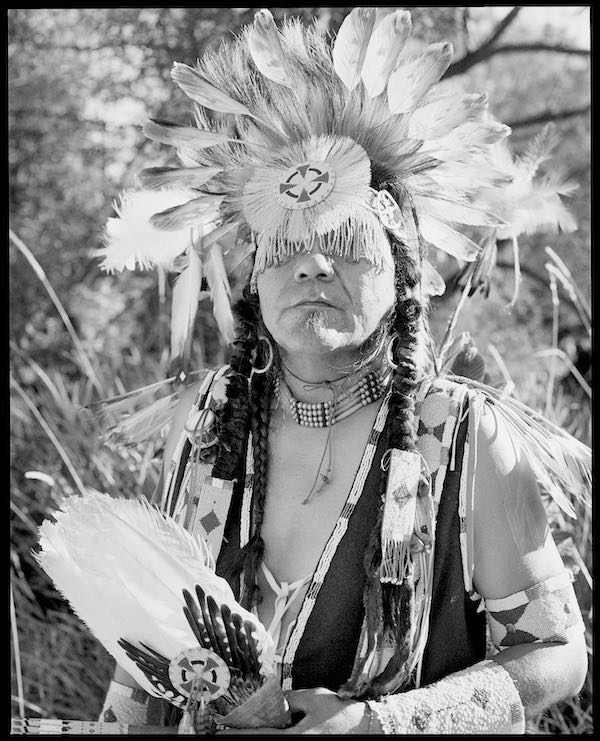 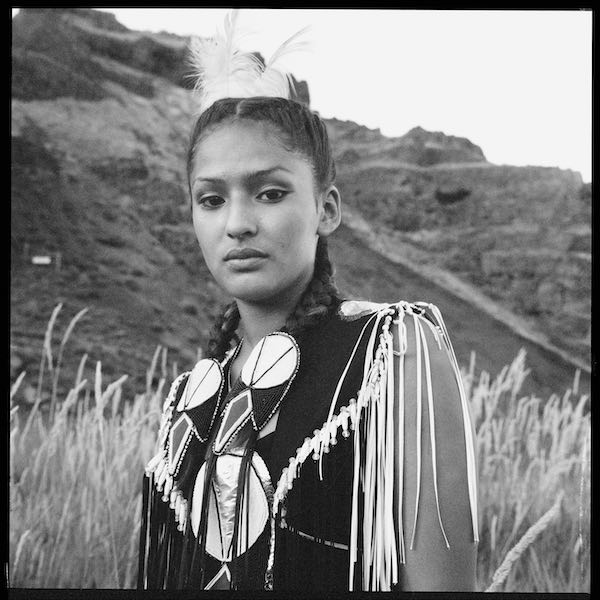 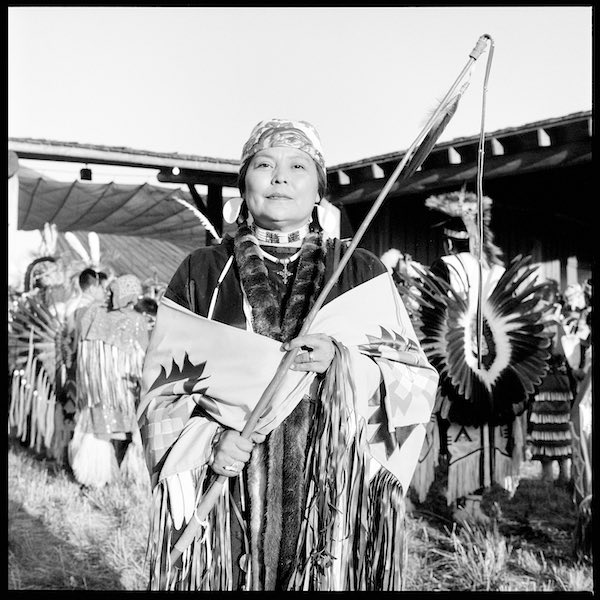 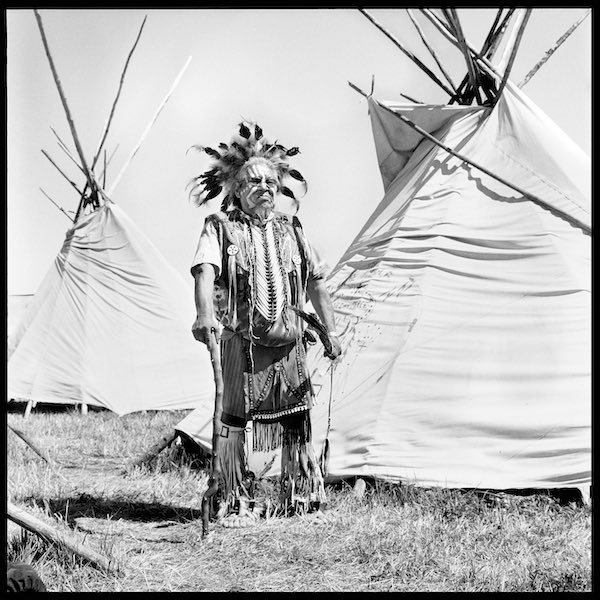 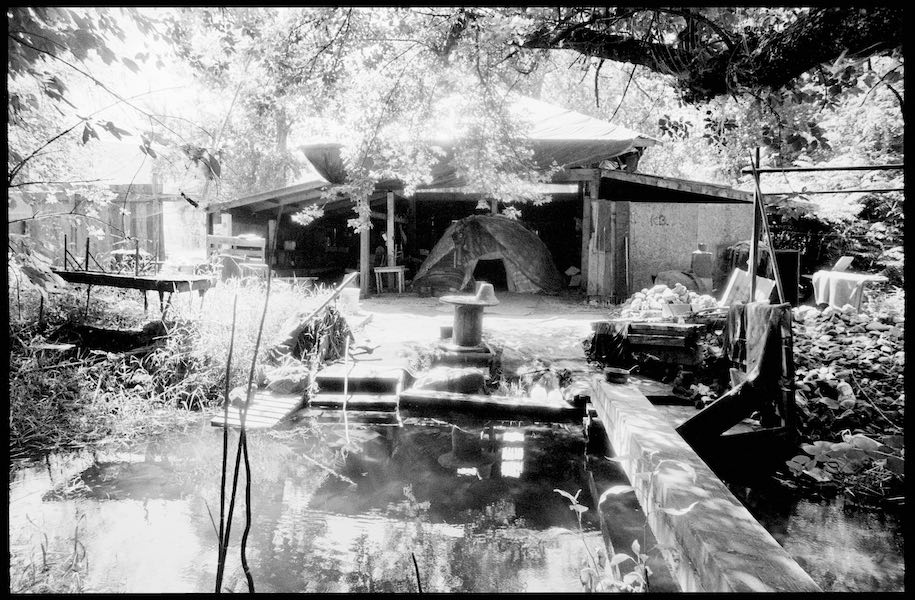 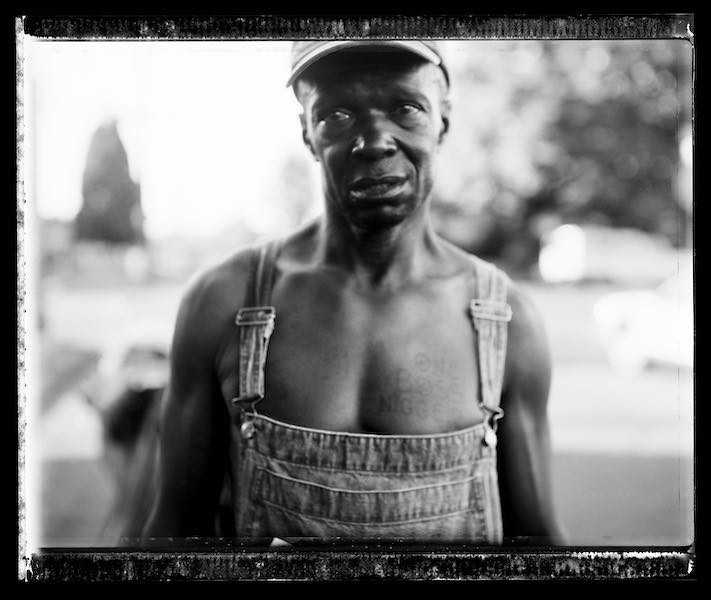 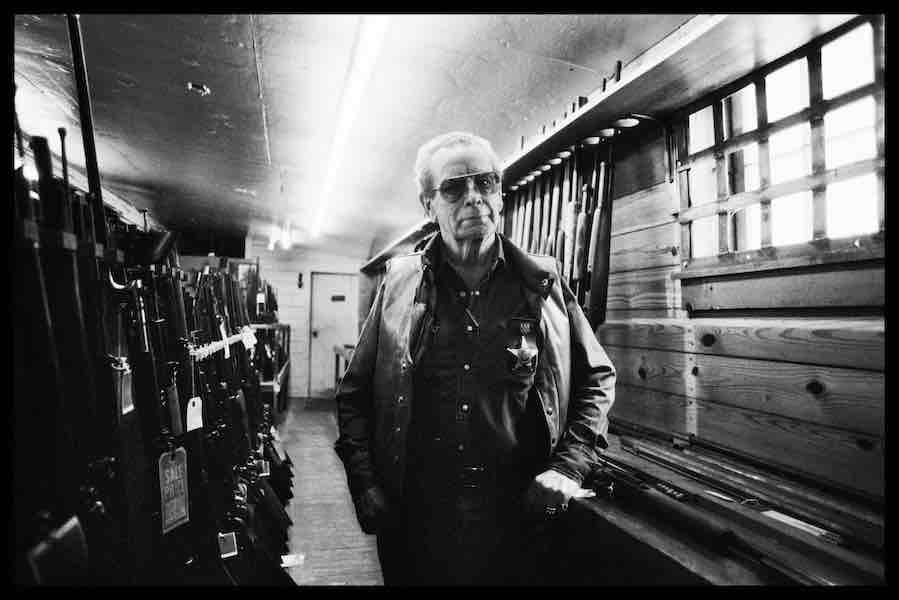 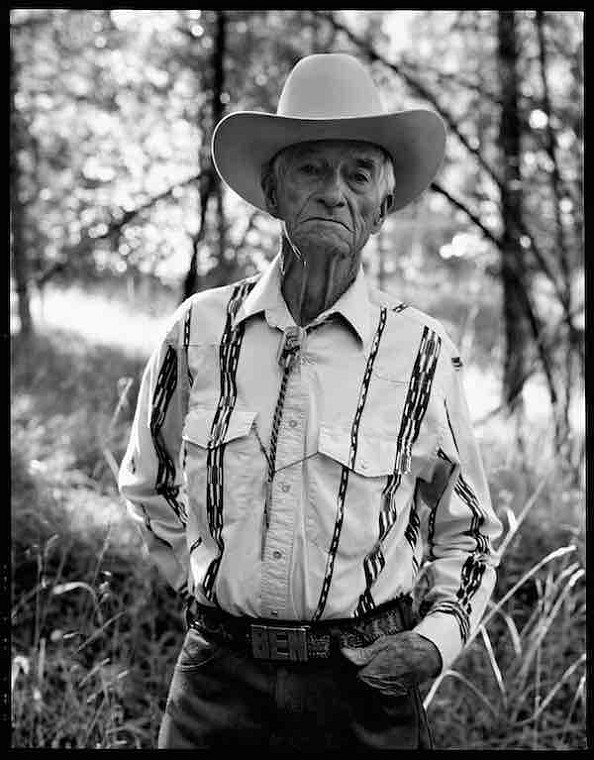 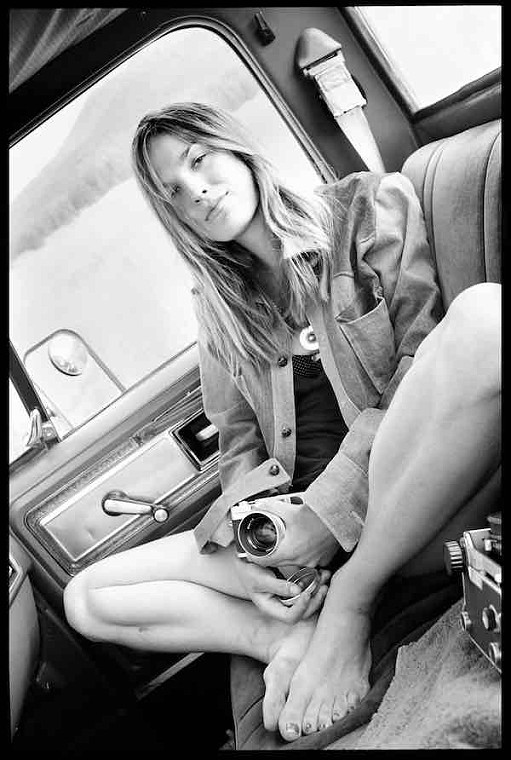 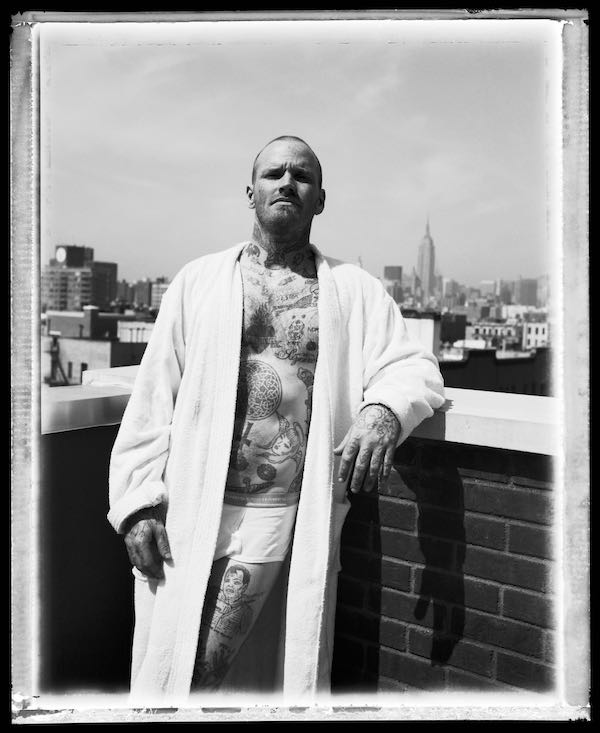 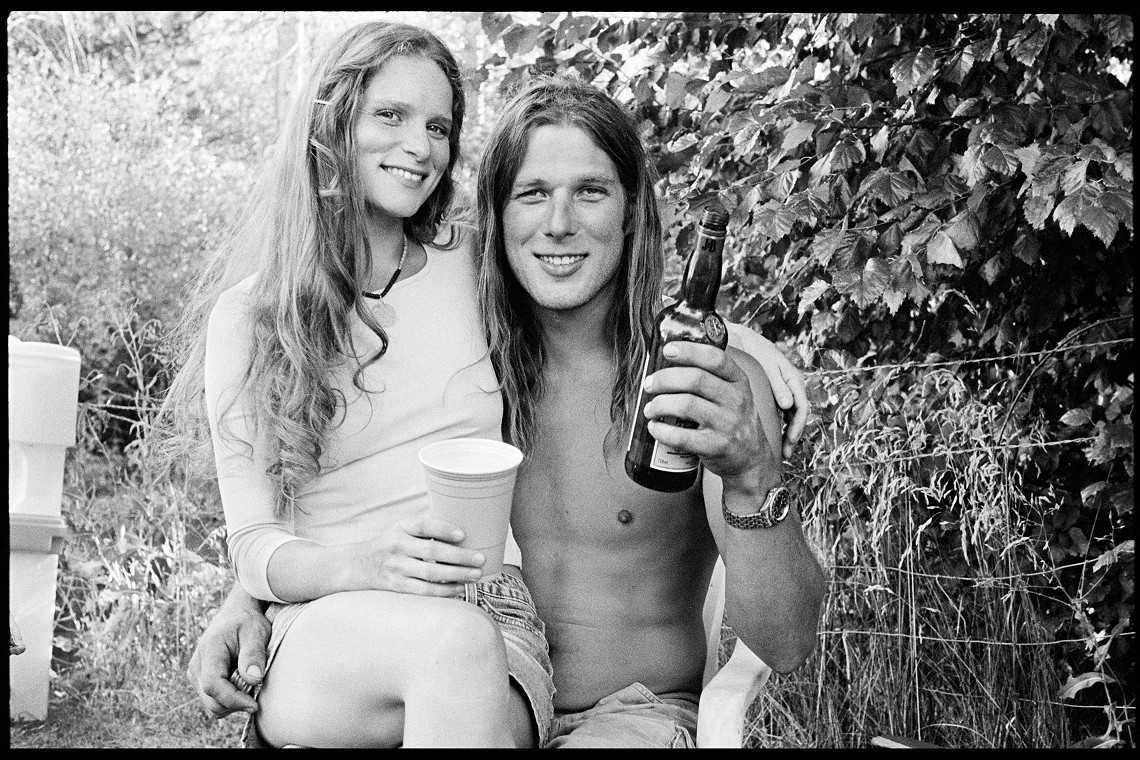 Hunter Barnes is one of the most significant and interesting documentary photographers working in America today. His beautifully sensitive photographs document aspects of America’s disappearing subcultures and fringe groups.

15 Years, Reflections of an American Narrative is a mesmerizing and timeless collection of Hunter’s black and white photographs, hand-printed by the artist on silver gelatin paper, and featured in Roadbook, his acclaimed 2015 monograph published by Reel Art Press. The work – spanning fifteen years on the road – documents the people and aspects of American culture and communities so often ignored by the mainstream. Hunter’s artistic gaze focuses on the faces of proud and diverse groups of people who are consistently misrepresented in the modern American narrative.

Hunter cherishes the friendships and relationships he builds with the people he meets, and they in turn who recognize his sincerity and allow him access to their fascinating, private worlds. After establishing their trust over time, through meaningful dialogue and shared experiences, they allow him to frame them as they are and where they dwell. As Nathaniel Kilcer writes in his foreword to 2012, Hunter’s book A Testimony of Serpent Handling, “Hunter leads with modest curiosity, expectation suspended, the journey his calling. He seeks out forgotten quarters and the stories concealed there.”

The analogue images are rare moments that most people will not experience first-hand during their lifetime. “To be able to form a bond with such disparate communities as the Rednecks, Nez Perce, Bloods, Serpent Handlers, CA State Prisoners, Bikers and Lowriders, is a rare thing,” comments Magnum Photos’ Michael Shulman in his afterword. “These are people that would probably not be at the same party, but Hunter has found something to share with all of them. They have all taken him in to their families and lives, for a while, and now we are privileged to see the result of that trust.”

Michael Shulman, comments, “Contemporary American culture has led to a homogenization and flattening of uniqueness and eccentricity, but the people depicted here have managed to hold on to what makes them special. They are exuberantly out of the mainstream, and each group is like their own fiefdom.”

This is a very special visual account and the journey that Hunter’s photographs take the viewer on, and the people he encounters on the way, will live long in the memory

‘Hunter Barnes has spent a decade photographing groups that determinedly reject mainstream life – the gun-toters, bikers and the serpent-wielding pastors. He spends years earning their trust before taking their pictures.’ The Guardian