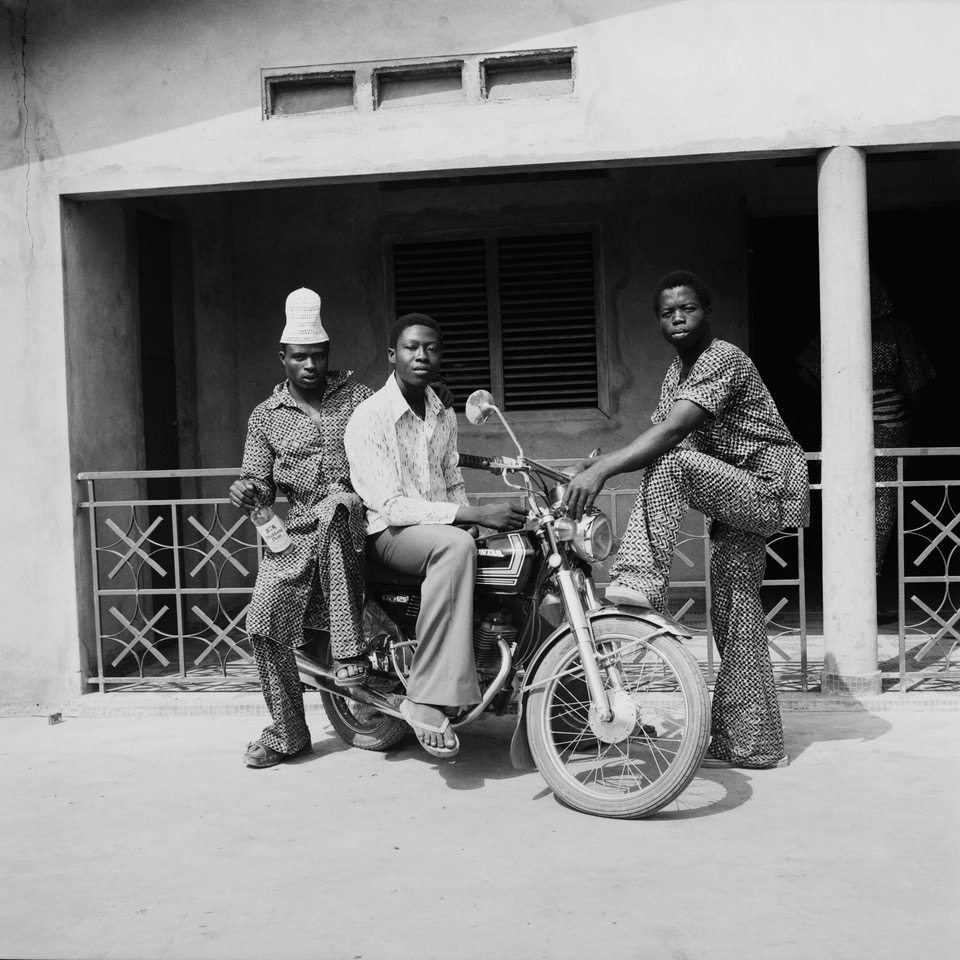 ‘West Africa’s photographic master. Bissiriou’s images are remarkable for their simplicity and a freshness that feels utterly contemporary.’ The Guardian

‘One of West Africa’s most important image-makers.’ AnOther Magazine

‘These beautiful black and white portraits, which exhibit a remarkably contemporary style, offer an insight into the emerging cultural trends of the time. The subjects themselves appear notably relaxed in front of the lens – a testament to Bissiriou’s connection with them. Intimately framed, they are given a rare chance for documented self-expression, presenting to Bissiriou subtle smiles and pensive expressions.’ Creative Review

‘An extraordinary series of portraits’ The Guardian

‘Bissiriou’s innate photographic talent shines through in the delicate framing and lighting of these black and white pictures. This remarkable exhibition offers previously unseen insight into one of West Africa’s greatest photographers.’ The Eye of Photography 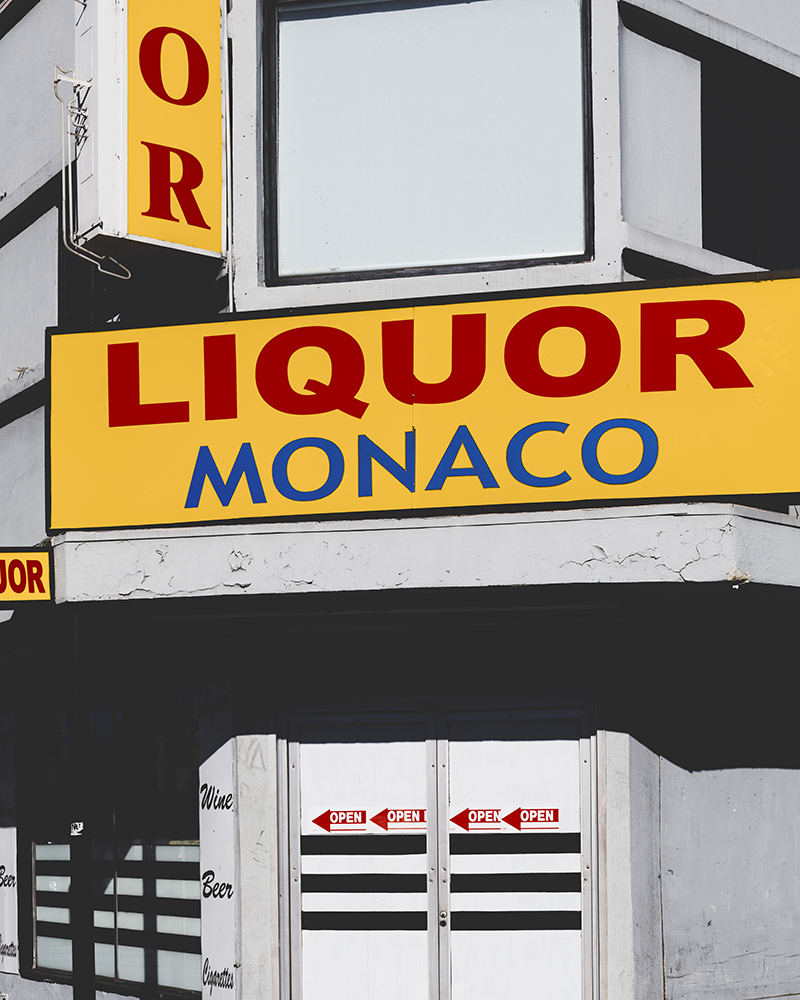 ‘The series has an evocative, timeless melancholy. Hassett’s vision of LA is poetic – against the flat bleakness and empty streets. This is a portrait of a city but also a portrait that illustrates our failure to observe.’ The Eye of Photography

‘Evocative and melancholy in its subject, the series celebrates the beauty of Los Angeles and how its breathtaking desert light seems to fill every corner, bathing every sidewalk, building and facade in brightness that Britain rarely experiences. This isn’t just a body of work for photography lovers, one that pays homage to the likes of Garry Winogrand and Ed Ruscha perhaps, but also a visual treat for graphic designers.’ Creative Boom 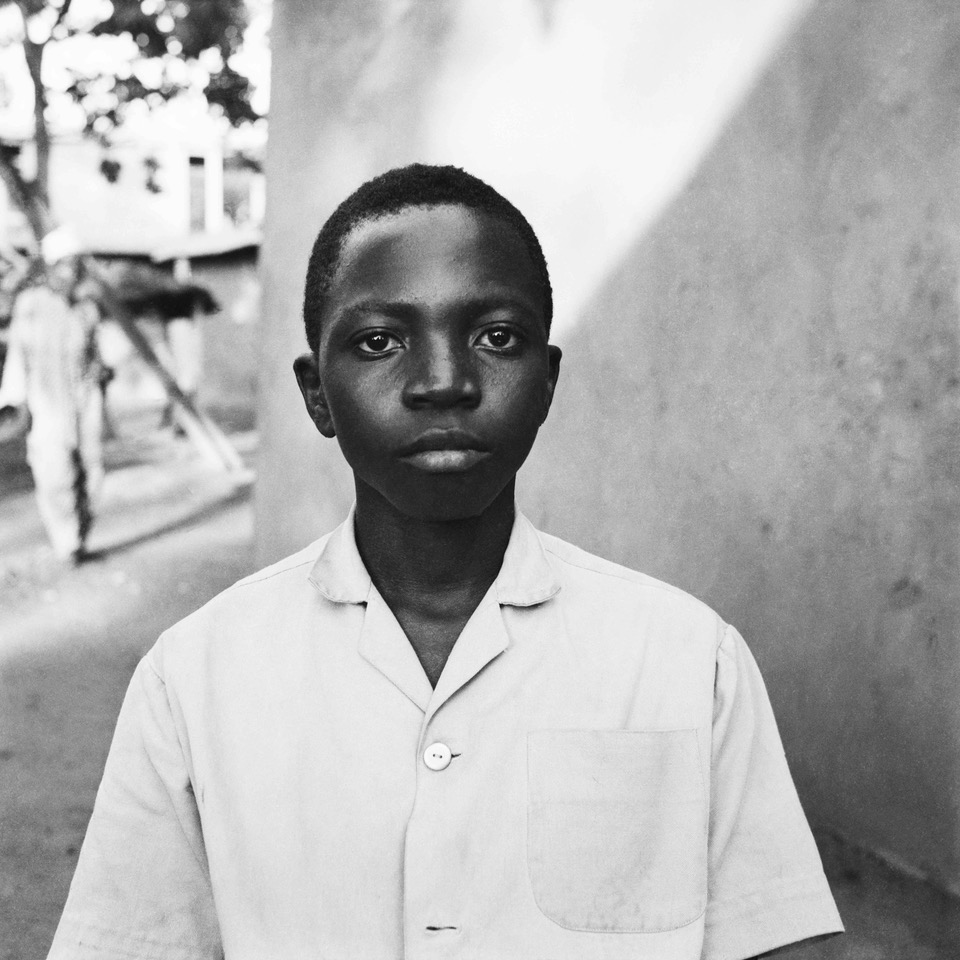 TÊTE-À-TÊTES – WEST AFRICAN PORTRAITURE, FROM INDEPENDENCE INTO THE 21st CENTURY

‘A show bringing together the work of some of the region’s most important photographers, including Sanlé Sory, Rachidi Bissiriou, Malick Sidibé and Leonce Raphael Agbodjélou’ The Guardian

‘In Sory’s images, we see a snapshot of an era – a moment marked by its music, movement and anticipatory hope for a brighter future.’ AnOther Magazine 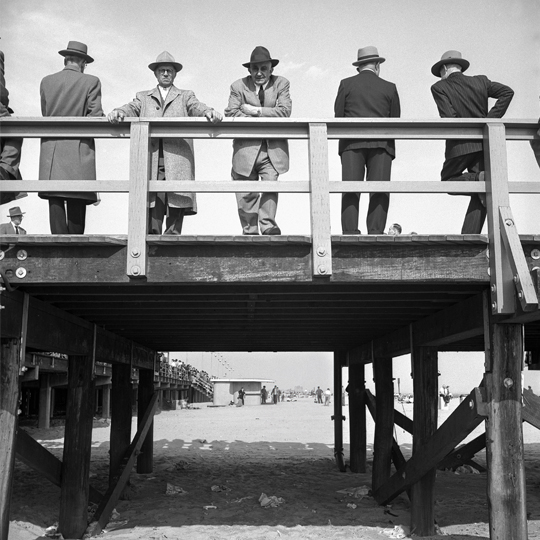 ‘Feinstein established himself as an eagle-eyed observer of city life, matching exquisite black-and-white compositions with a rare command of printing.’ The Guardian

‘The American photographer Harold Feinstein was in on the fun. He got up-close and personal with his subjects. The images that resulted, people in Times Square, Harlem, and on the crowded beaches of Feinstein’s native Coney Island, are marked by a singular level of intimacy and compassion. Feinstein was only 19 when his work was acquired for the Museum of Modern Art, and he had major shows at both MoMA and the Whitney, but despite early success his extensive collection of street photography has flown largely under the radar.’ Air Mail

‘Harold Feinstein could have been a quintessential street photographer. His subject was 1940s New York; his medium, a Rolleiflex camera borrowed from a neighbour. The native New Yorker honed his skills on the beaches and boardwalks of Coney Island, wandering among the sun-drenched crowds in search of subjects. But, his work evades that categorisation. British Journal of Photography

‘Harold Feinstein was not a photographer who would stand back and observe, unnoticed. It is this physical closeness, an extension of Feinstein’s profound connection to his subjects, that sets his work apart from other street photographers from the same period. Whether standing over a group of teenagers lying on a Coney Island beach, photographing a couple on the boulevard, or capturing the immutable gaze of a young child, intimacy and compassion sit at the core of each image.’ The Eye of Photography

Film: A walk-through with Harold Feinstein at his 1989 retrospective at Penn State's Edwin W. Zoller Gallery 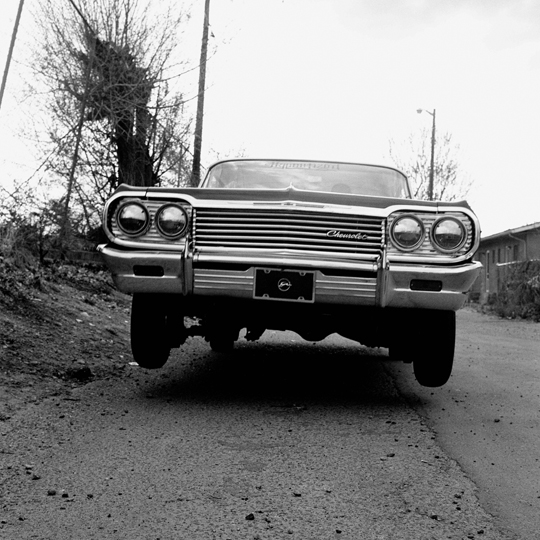 ‘Hunter Barnes has spent decades photographing groups that determinedly reject mainstream life – the gun-toters, bikers and the serpent-wielding pastors. He spends years earning their trust before taking their pictures.’ The Guardian

‘Intimate portraits of the men and women who welcomed Barnes into their homes, prison yards, biker gangs, backwoods, low rider whips, and even sweat lodges, as was the case when the humble photographer embedded himself with the “Dreamers” of the Nez Perce tribe for four months before snapping a single shot.’ Paper Magazine 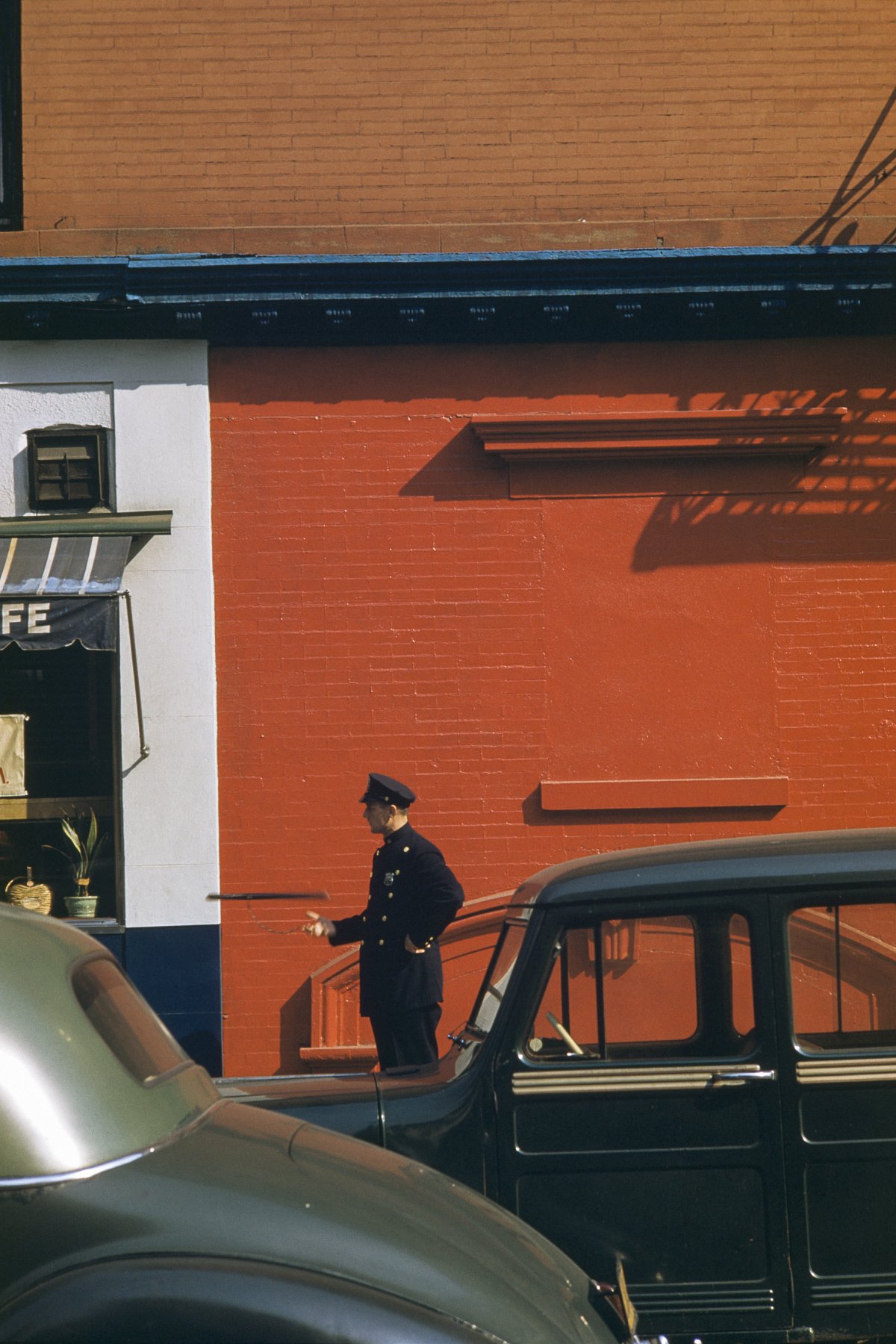 ‘The acclaimed Magnum photographer Werner Bischof’s early use of colour shaped the development of photojournalism.’ The Guardian

‘USA is a series of work that brings early 1950s America vividly to life – they are stolen moments through shop windows and cars that blur past, evoking anonymity, and a contemplative look at everyday life in America during a period of immense change.’ British Journal of Photography

‘USA is a compelling chronicle of the time; a landmark study of the beauty of ordinary people, the streets they walked and the shops they frequented, as well as an honest look at the colorful and nuanced landscape that fashioned post-war America.’ L’Œil de la Photographie 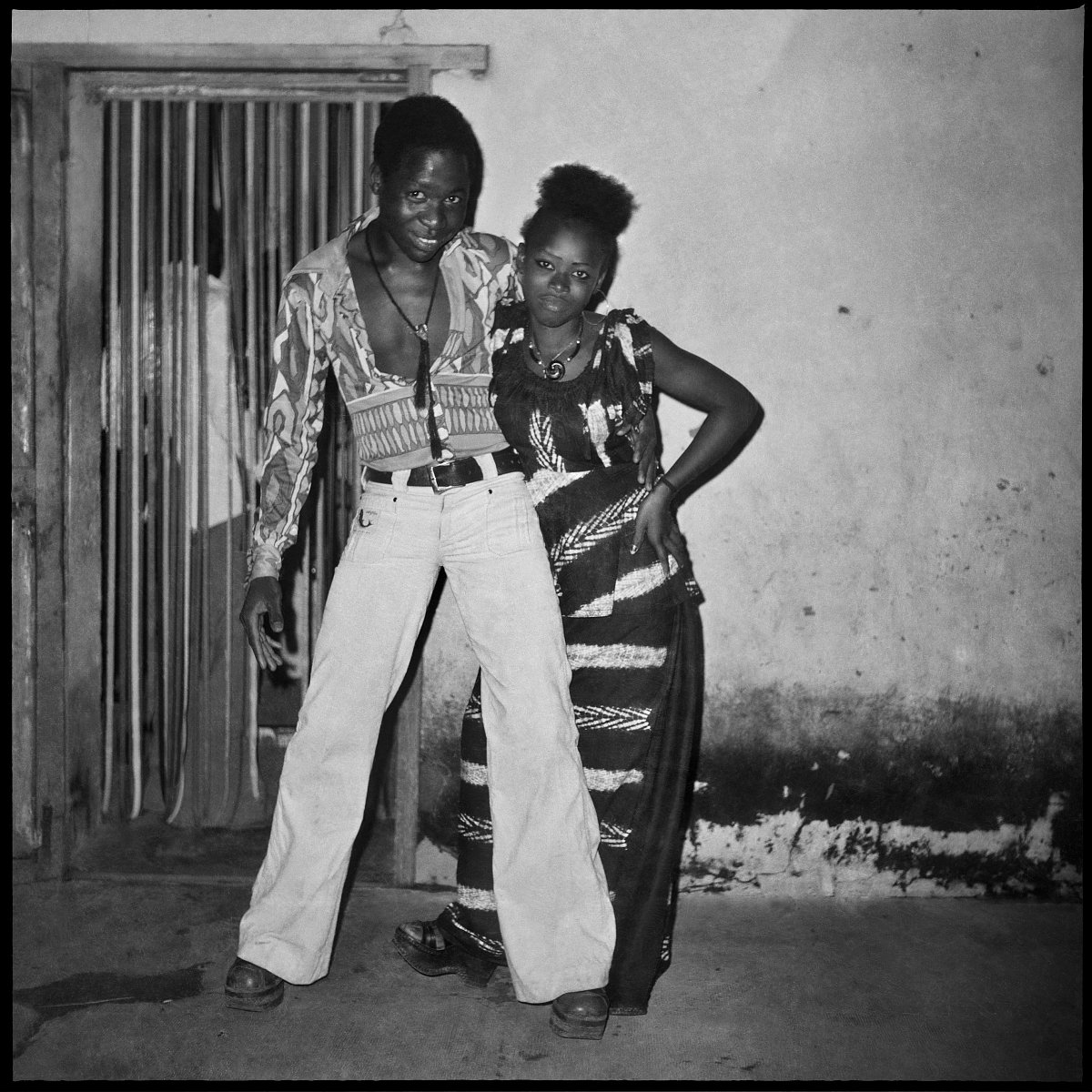 ‘These people are metropolitan, worldly, and cool, and they vibrate with excitement for a new future.’ The New Yorker

‘The unique and carefree Bobo of Sory’s time has been and gone. But it lives on in his photography.’ CNN

‘An energetic and beautiful collection of photographs’ GQ

‘Shot by Sanlé Sory between 1960 and 1985, the vibrancy of the photographs shines through the moody black and white’ Creative Review

‘If I hadn’t seen those photographs, I wouldn’t be designing. They’re some of the first things I looked at that inspired me to become a designer.’ Grace Wales Bonner on the work of Sanlé Sory, ID/Vice 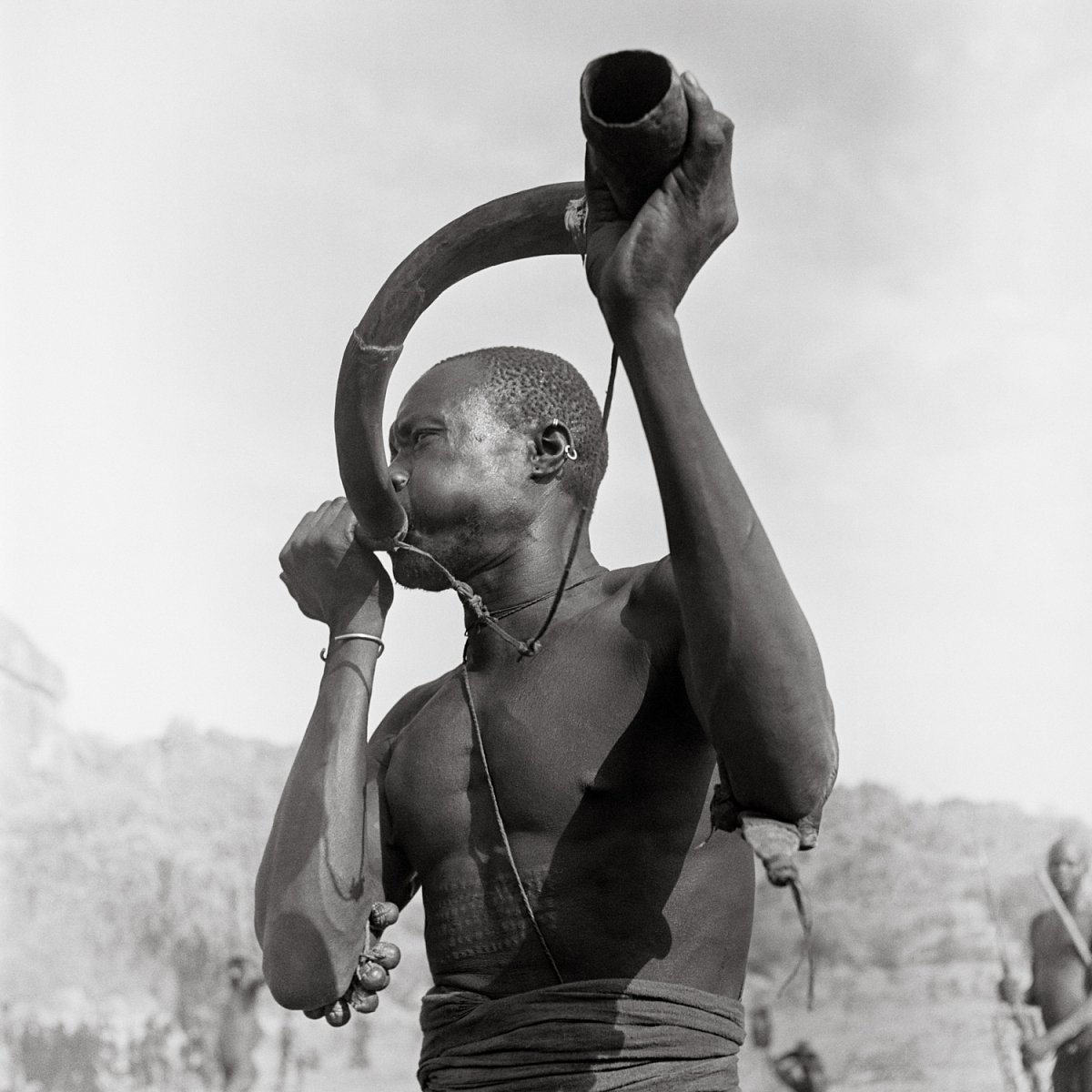 ‘George Rodger belongs to the great tradition of explorers and adventurers. His work is a moving testimony through time and space.’ Henri Cartier-Bresson 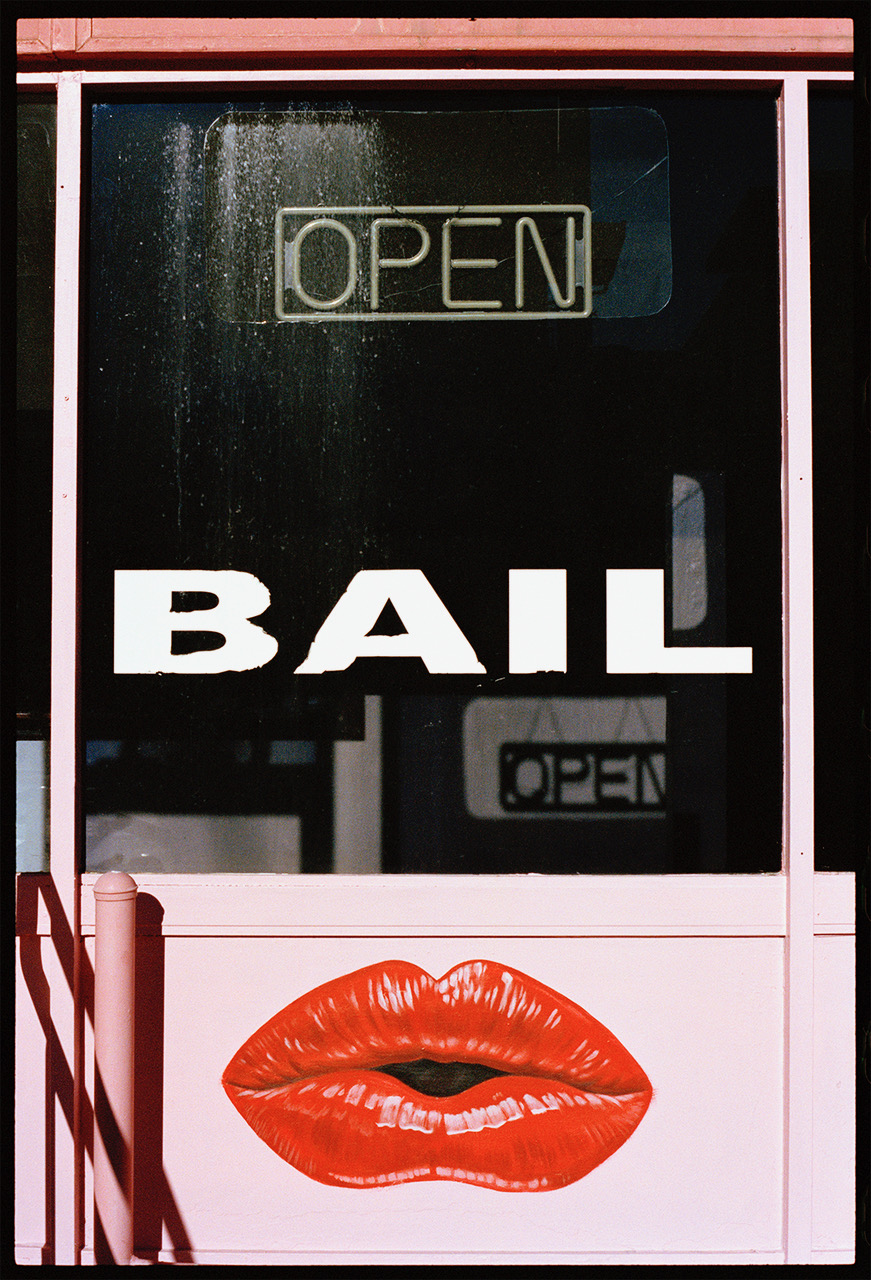 HUNTER BARNES – OFF THE STRIP

‘Few cities are imbued with more legend than Las Vegas. Off the Strip is a photographic study of the Nevada city’s characters by Hunter Barnes, people who have been there for decades and lived through what they would call its “glory days” – casino bosses, showgirls, waitresses and managers. Barnes also captures Las Vegas’ architecture in vivid colour, neon motel signs glowing in the dark and baby pink Cadillacs shining in the bright sunshine. Escapist photography at its very best.’ AnOther Magazine

‘Viva old Vegas at the David Hill Gallery with Hunter Barnes’ stunning collection of photographs of 1960s showgirls and the sights and people who shaped Sin City in its heyday.’ London Evening Standard ES Magazine

‘Barnes’ remarkable portraits are a rare insight into the people and landmarks of the real Las Vegas.’ L’Œil de la Photographie 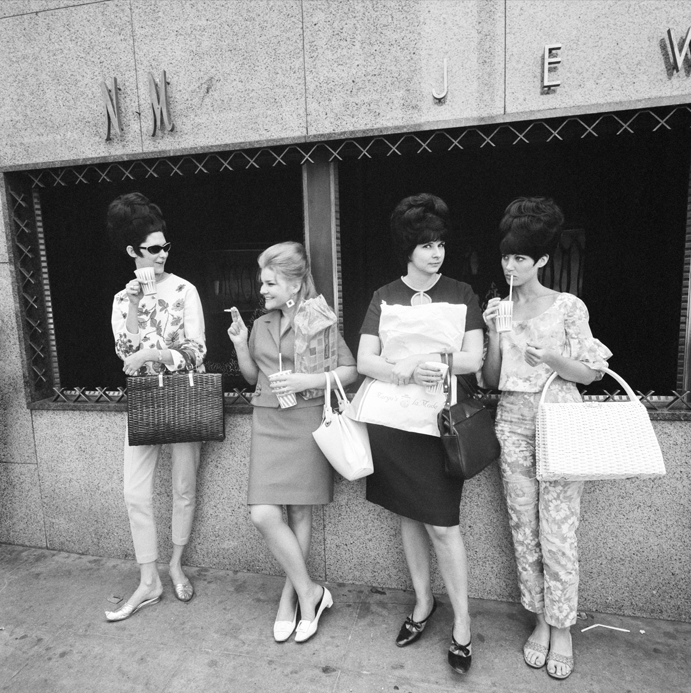 ‘Influenced by the humanist approach of New Deal photographers such as Dorothea Lange, Carnicelli focused his lens not on the skyscrapers but on what was happening at street level.’ The Observer

‘Carnicelli’s photographs span several US cities – Detroit, San Francisco, Buffalo, New York and Chicago – during the 1960s. His images comment on the complexities and contradictions of the American Dream, and how the pursuit of it was underpinned by loneliness and displacement.’ Wallpaper

‘Carnicelli was as fascinated by the country’s diversity, individuality and pursuit of happiness, as he was by the loneliness and rootlessness he observed in its people’ The Guardian

‘Taking in the people, fashion, colours and textures of sixties street life, Carnicelli encapsulates the changing culture of America in every shot. His outside eye brings a voyeuristic aesthetic as he triumphs in capturing the candid moments of day-to-day life.’ Hunger TV 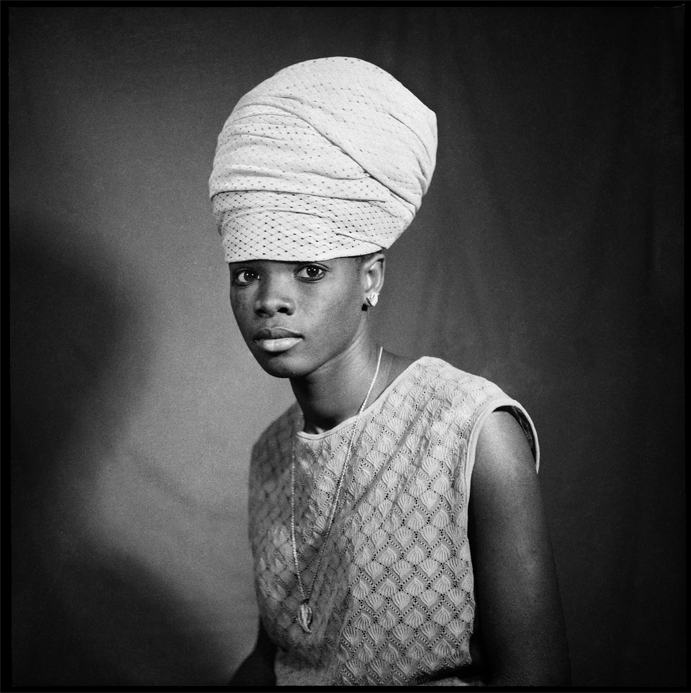 ‘Sanlé’s work documenting the cultural scene is reminiscent of that by Malick Sidibé and Seydou Keita…. and now it is his turn to be lionized.’ The New York Times

‘The photographs are populated by customers and friends, some dressed up as musical idols, others wearing the fashions of the day. Tradition jostles with modernity, capturing the mood of a rapidly urbanising West Africa’s nation.’ Financial Times

‘He portrays his subjects with wit and energy, but with a winning fondness, too’ The Telegraph

‘He captured the mélange of traditional and modish styles that characterized the 1960s and 1970s — young women in patterned tops, wiry men in bell bottoms and t-shirts that read “Adieu” or “I’m In” — and the spirit of exhilaration to match, as the country was shrugging off its colonial past.’ i-D 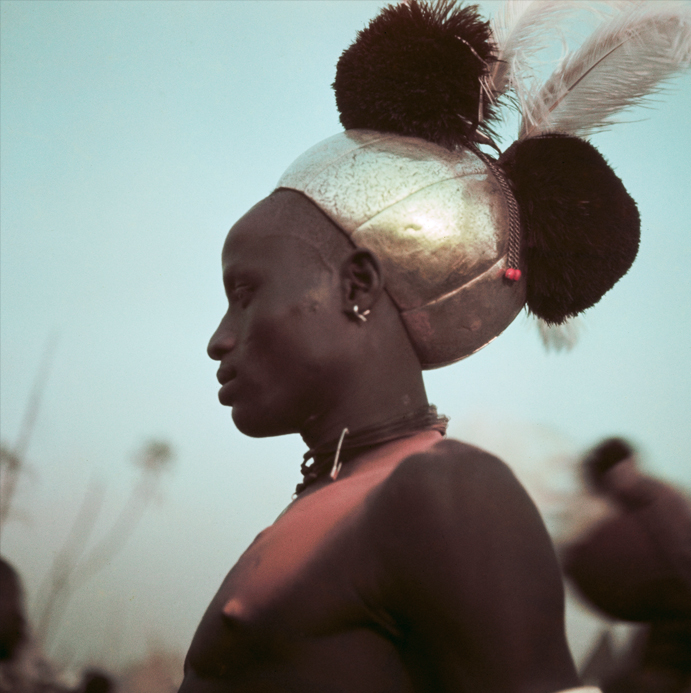 ‘It seems appropriate that in Magnum Photos’ seventieth year, the ‘lost’ colour photographs of George should be published, celebrating this seminal work on the Nuba and Latuka peoples.’ Chris Steele-Perkins, Magnum Photos 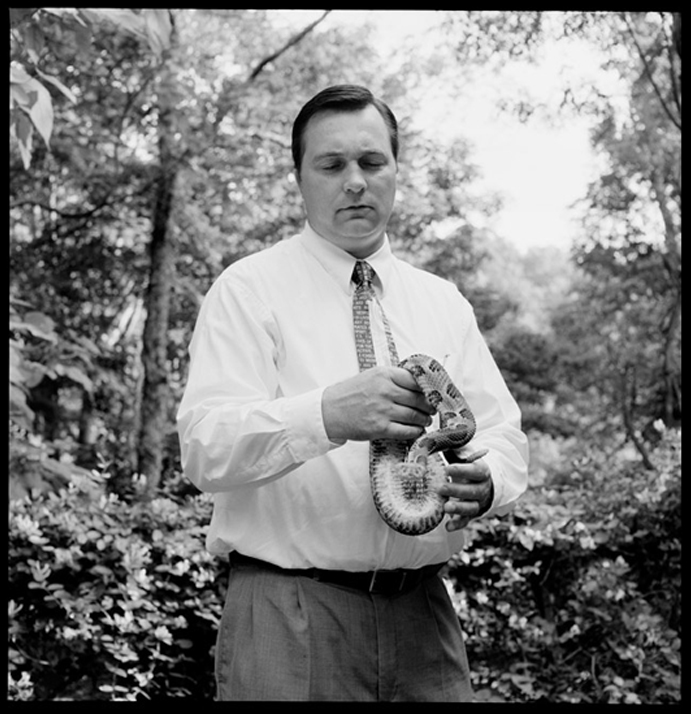 ‘Barnes does not turn away from the challenges that face the Nez Perce people, but his photographs celebrate the bigger picture—their character and their magic. He captures a complex spirituality, a strong sense of pride, and inklings of hope.’ Air Mail

‘Hunter Barnes is the kind of artist you’d be dealing with if you were to merge Jack Kerouac’s beat poet thirst for the road with the early 20th Century photographer Edward S. Curtis’ obsessive drive to document marginalized communities across the great expanse of the American landscape.’ Paper

‘Hunter Barnes is one of the most significant documentary photographers working in America today.’ L’Œil de la Photographie

‘This is a very special visual account and the journey that Hunter’s photographs take the viewer on, and the people he encounters on the way, will live long in the memory.’ artdaily.org 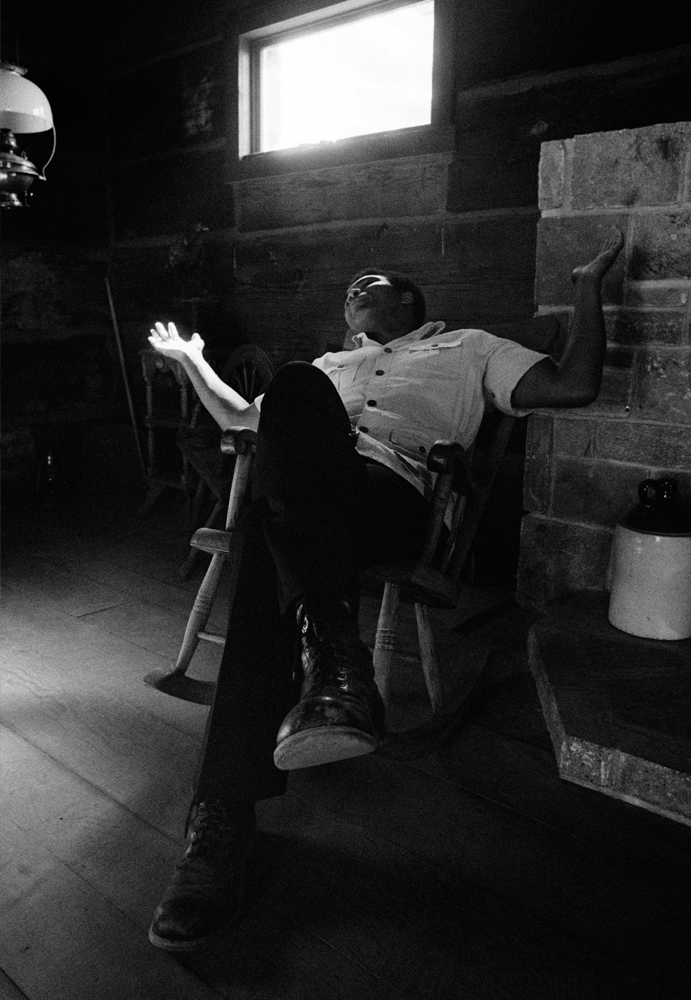 ‘These rare and candid images strip back the celebrity persona to show a thoughtful, focused and determined fighter. Few photographers got as close to the boxer behind the legend.’ British Journal of Photography

’The camp was a special place and somewhere in that mountain air, among the pine trees and the log cabins, Muhammad found peace and sanctuary. He loved that camp, It was the only place he felt he could transform his body and prepare his mind for a fight, except maybe Miami in the original 5th Street Gym.’ Lonnie Ali

‘What Peter did with his camera at Deer Lake in August of 1974 lets us experience Muhammad Ali’s private world in a way not seen before.’ D. A. Pennebaker 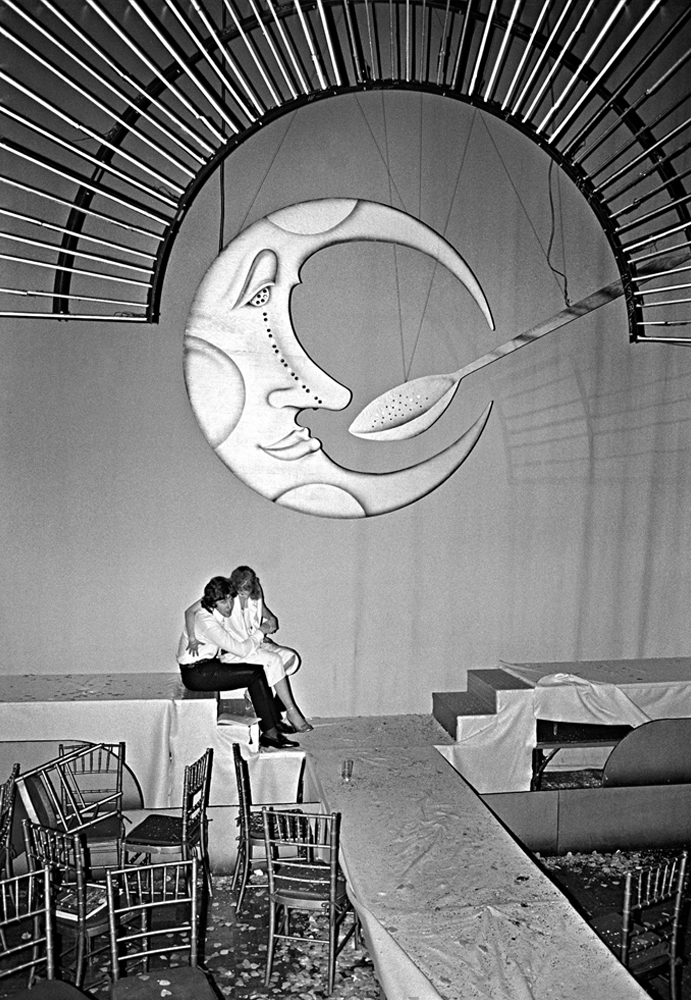 ‘Bernstein’s photos from Studio 54 and other beloved night clubs area paean to judgement-free spaces in social and political upheaval.’ The New Yorker

‘Bill Bernstein took some of the most memorable pictures of the late 1970s New York club scene in existence, bottling the atmosphere and inherent hedonism.’ AnOther Magazine

‘Years on, his photos plunge us back into the epicentre of that heady musical epoch.’ The Independent

‘Bill Bernstein captures the ecstasy and inclusivity that defined NY’s nightlife in the ‘70s.’ Huck

‘From Studio 54 to Paradise Garage, Bernstein was there to document the euphoric late 70s peak of the New York City disco scene’ The Guardian 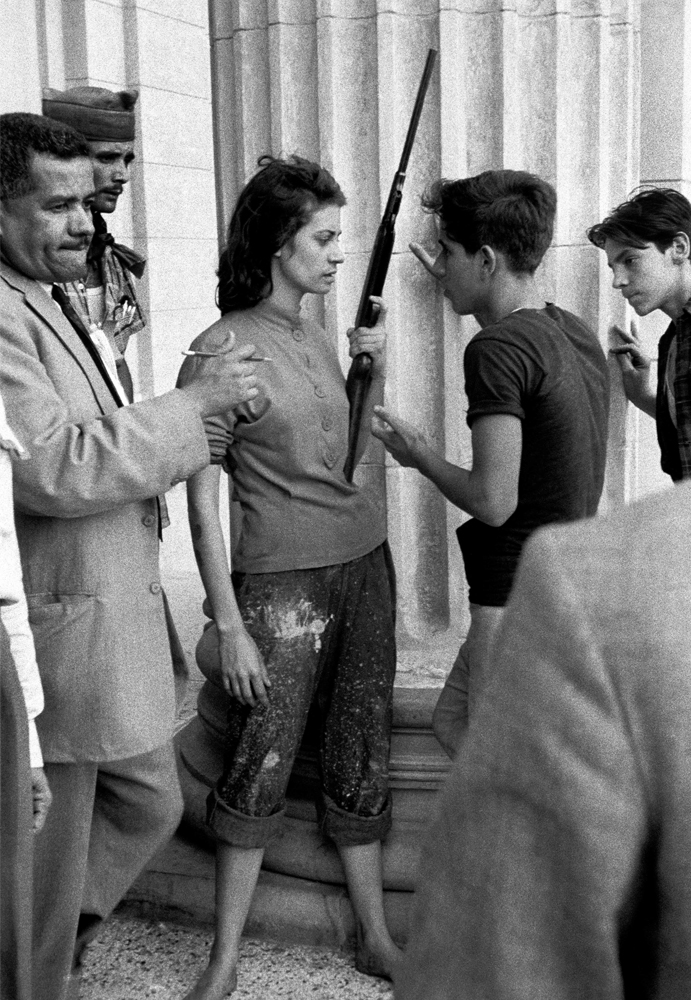 ‘Remarkable documentation by the Magnum photographer.’
Time Out

‘A legendary photojournalist and one of the first American members of Magnum, Burt Glinn is synonymous with the Cuban Revolution. Photographing it as it happened, his pictures embody the jubilation, fervour and chaos of those historical moments.’ Black + White Photography

‘Incredible photographs of the Cuban Revolution as it unfolded.’
Art Rabbit 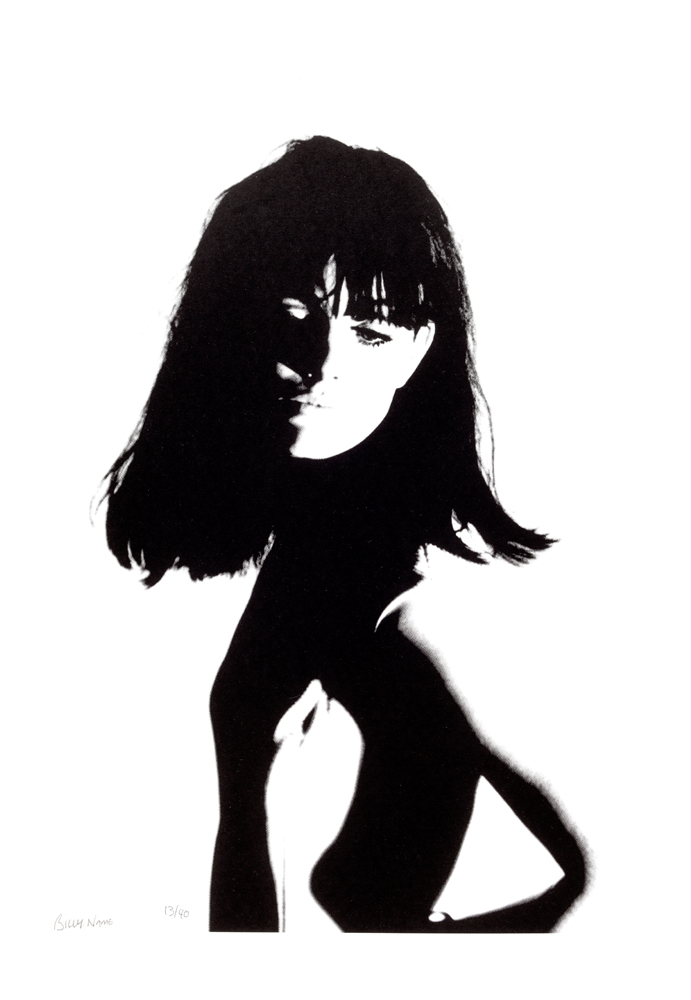 ‘Billy caught the energy of the Factory scene, but also its sense of sanctuary – a place where the freaks and outsiders could merge with the glamorous under the democratic gaze of Andy’s Super 8’ Sean O’Hagan, The Guardian